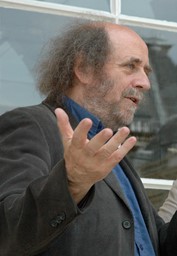 Marcel Dorigny, one of the leading French scholars of the history of slavery in the era of the French Enlightenment and the Revolution, passed away on 22 Sept. 2021.  Dorigny, who completed a thesis on “Les Girondins et le libéralisme dans la Révolution française” under the direction of Michel Vovelle in 1992, never published a grand thèse, although he did write a two-volume history of the town of Autun during the Revolution early in his career, but he had an enormous impact on the study of race and slavery in France.  He put his energy into innumerable collaborative projects—publications, exhibitions, the organization of colloquia and lecture series—and tirelessly encouraged other scholars to explore every aspect of the subjects that interested him, generously providing prefaces for many other historians’ work and often helping them to get it into print.

As the Bicentennial of the French Revolution approached in 1987, Dorigny’s friend and frequent collaborator Yves Bénot’s pathbreaking La Révolution française et la fin des colonies in 1987 and La Démence colonial sous Napoléon in 1991 brought attention to a much-neglected subject: the revolutionaries’ confrontation with the issues of race and slavery.  The volumes on that subject on which Marcel Dorigny’s name features on the title page as “directeur,” either alone or in collaboration with colleagues, add up to a small library in their own right.  Les abolitions de l’esclavage, de L. F. Sonthonax à V. Schoelcher, issued by Editions UNESCO in 1995, established Dorigny as a major presence in the field.  (This volume was translated into English as The Abolitions of Slavery from Léger-Félicité Sonthonax to Victory Schoelcher, 1793, 1794, 1848 in 2003.). In 1997, Léger-Félicité Sonthonax. La première abolition de l’esclavage drew attention to a long-neglected figure who issued the first revolutionary-era emancipation proclamation.  A year later, Dorigny and Bernard Gainot published the previously unknown minutes of the Société des Amis des Noirs, making available an indispensable source for the study of French abolitionism.  Les Bières flottantes des négriers (1999), a model of detailed historical detective work, explained the circumstances that deterred Mirabeau from making a frontal assault on the slave trade early in the Revolution.

In 2000, Dorigny and Bénot co-edited Grégoire et la cause des Noirs (1789-1831), an essential collection of articles on the revolutionary period’s most celebrated abolitionist, and in 2003 they co-edited Rétablissement de l’esclavage dans les colonies françaises. Aux origines de Haïti, a path-breaking exploration of the context of Napoleon’s reimposition of slavery in 1802, followed in 2003 by Haïti première république noire.  Dorigny’s manual for the CAPES exam, Révoltes et Révolutions en Europe et aux Amériques (2004) exposed a promotion of French teachers to the latest scholarship on revolutions in the Atlantic world.  In 2006, Dorigny and Gainot published Atlas des esclavages. De l’Antiquité à nos jours, which is now in its 4th edition and which, inexplicably, has not been translated into English; it would be an invaluable teaching tool in classes on the history of slavery and the Atlantic world.  A volume of articles on Guillaume Thomas Raynal: Les colonies, l’esclavage et la Révolution française appeared in 2015, and Dorigny’s Les Abolitions de l’esclavage (1793-1888) came out in the prestigious “Que Sais-Je?” series in 2018.  Dorigny’s interest in art and visual iconography is evident in Arts et Lettres contre l’Esclavage (2018) and L’Esclavage: illustrations et caricatures, 1750-1870 (2021).

The list of Marcel Dorigny’s publications hardly does justice to his multiple contributions to raising awareness about the struggle against slavery and the continuing significance of the French Caribbean.  He contributed to the organization of innumerable colloquia, public exhibitions, and cultural programs, and frequently made public statements quoted in the media, most recently when he and colleagues from the Comité pour la mémoire et l’histoire de l’esclavage reminded those commemorating the bicentenary of Napoleon’s death of his catastrophic role in reintroducing slavery in the French colonies, the topic of a major international conference that he and Yves Bénot organized in 2002.  Dorigny was regularly called on to speak at events organized in connection with the annual commemoration of the abolition of slavery held on 10 May in France.  Dorigny worked diligently to raise understanding and interest in Haitian culture in France, as well as drawing attention to the contributions of Martinique and Guadeloupe to French life.  He was an inexhaustible source of references about any topic concerning the Caribbean and slavery in the revolutionary era and loved to share stories about scholars who had contributed to the field.  He was the animating spirit behind the lecture series sponsored by the APECE, the Association pour l’étude de la colonisation européenne, which for many years has brought together researchers working in the field to share new discoveries. His many contributions were honored in 2020 when he was made a chevalier de la Légion d’honneur.

Marcel Dorigny’s interests were not confined to the domain of history.  He loved art, literature, theater and film, especially works related to the French Caribbean.  Those of us historians who were fortunate enough to be invited to one of the dinners he and his wife regularly held in their apartment in the XVIIIe arrondissement knew that we would share the table with painters, actors, philosophers and literary critics as well as colleagues from our own discipline, and that we would enjoy spirited conversation, topped off with glasses filled from the Dorignys’ collection of fine Caribbean rums.  The field of study that Marcel Dorigny did so much to establish will continue, but all of us who benefited from his counsels will miss his unique presence and inspiration.

In France and Martinique various institutions and organizations paid tribute to Marcel Dorigny: